I was just invited to speak at the Mommy Tech Summit during the 3D Moms segment at the Consumer Electronics Show. This program is an effort to educate parents about the coming 3D immersive environment. I will be discussing how kids may be effected by watching 3D, how to create an optimal environment, how 3D might change the development of kids’ eyesight and, of course, the diagnosis and treatment of any vision problems that could impair the quality of life of anyone watching 3D content.

I will be on a panel with at least one major manufacturer of 3D consumer devices and will be the voice representing kid's health and vision concerns on this panel of mostly product manufacturers.

My part of this program will take place on Saturday, Jan 8th at 11 AM. I will be interacting with industry leaders, policy makers, educators and the press (including a many mommy bloggers).

The lovely lady who invited me is Ms. Robin Raskin. You may know her as an author, editor, magazine publisher, blogger, TV and radio personality, and consultant. Check out her Living in Digital Times website http://livingindigitaltimes.com/

To learn more about this event click on the title above. DM
Posted by Dominick Maino at 11:38 AM 1 comment:

The 3D Vision Syndrome (3DVS) has all the required qualifications for a new but not yet officially recognized syndrome. A syndrome is comprised of group of symptoms that collectively indicate or characterize a disease, psychological problem, other abnormal condition or, in this case, a functional vision disorder. 3DVS symptoms include headaches, blurred vision, yestrain,diplopia, dizziness/nausea and motion sickness after watching a 3D movie, television or video game. his is the first report of an individual with 3DVS who as undergone optometric vision therapy (OVT).
3D Vision Syndrome
View more presentations from Dominick Maino.
Posted by Dominick Maino at 11:34 AM No comments: 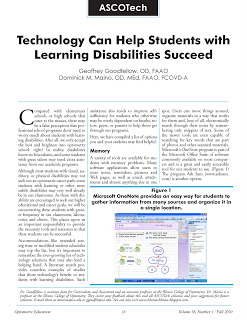 Dr. Geoffrey Goodfellow and I recently published the ASCOTech article, "Technology Can Help Students with Learning Disabilities Succeed". The Association of Schools and Colleges of Optometry Optometric Education journal can be read in its entirity by logging on to http://www.opted.org/files/journal/OE_FALL_2010.pdf

DM
Posted by Dominick Maino at 11:00 AM No comments:

As we experience more and more 3D digital content in 3D movies, television and video games, always be aware that if you have difficulty seeing in 3D to see me! Well actually, any optometrist who specializes in the diagnosis and treatment of binocular vision problems. Go to http://www.covd.org or to http://www.aoa.org to find a doc near you today! DM
Posted by Dominick Maino at 10:21 AM No comments:

Optometry Serves the Public in many ways! 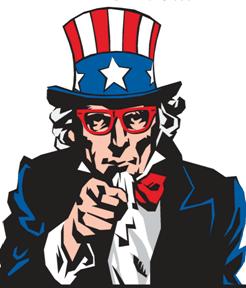 There are several optometrist who now serve the interest of the public and their country not only as highly skilled health care professionals but also as members of the US House and Senate as well as in the various state legislative bodies. Congratulations to all these optometrists and their constituents!

Optometrist legislators in nine of the 14 states where they currently hold office were up for re-election yesterday. All eight won their races. Rep. Richard J. Ball, O.D. from Michigan District 85 (R), one of 15 states with term limits, will reach the end of his final term in office on Dec. 31.

The following optometrists serving in their state legislatures were not up for re-election yesterday and continue to serve:

Rep. Stephanie Malone from Arkansas District 64 (R) is the niece of U.S. Congressman John Boozman (ran unopposed)
Senator Bette Lasky from New Hampshire District 13 (D) is the wife of Dr. Elliot Lasky, an optometrist practicing in Nashua
Rep. Gary Odom from Tennessee District 55 (D) serves as House Majority Leader and is the Executive Director of the Tennessee Optometric Association
The following optometry family member serving in his state legislature was not up for re-election yesterday and continues to serve:

Rep. Andy Anders from Louisiana District 21 (D) is the father of Dr. Bridget Anders Milliken, an optometrist practicing in Ferriday, LA (next election Oct 2011)
And in other state-wide elected offices:

Congratulations again to all!
Posted by Dominick Maino at 10:11 AM No comments:

...The differences in VEPs and BAEPs were determined between CP children and healthy children. The abnormalities found are probably linked to the neurological deficits present in cases of cerebral palsy....

Comments: Full article is avialable by clicking on title above. DM
Posted by Dominick Maino at 6:13 PM 1 comment:

Implicit learning as an ability

....The ability to automatically and implicitly detect complex and noisy regularities in the environment is a fundamental aspect of human cognition. Despite considerable interest in implicit processes, few researchers have conceptualized implicit learning as an ability with meaningful individual differences. .... We discuss the implications of implicit learning as an ability for dual-process theories of cognition, intelligence, personality, skill learning, complex cognition, and language acquisition.
Posted by Dominick Maino at 6:10 PM No comments:

Executive functioning in adults and children with developmental dyslexia

...The performance of developmentally dyslexic children and adults was studied upon a range of tasks that involved executive functioning. Both adult and child samples of dyslexics were found to under-perform on the group-embedded figures test. .... The findings taken as a whole suggest that dyslexic individuals show deficiencies in executive functions relating to inhibition of distractors and to sequencing of events, a set of tasks associated with left prefrontal cortex functioning in the acquired neuropsychology literature....
Posted by Dominick Maino at 6:08 PM No comments:

God: Do I have your attention?

...Religion is commonly defined as a set of rules, developed as part of a culture. Here we provide evidence that practice in following these rules systematically changes the way people attend to visual stimuli, as indicated by the individual sizes of the global precedence effect (better performance to global than to local features). We show that this effect is significantly reduced in Calvinism, a religion emphasizing individual responsibility, and increased in Catholicism and Judaism, religions emphasizing social solidarity. We also show that this effect is long-lasting (still affecting baptized atheists) and that its size systematically varies as a function of the amount and strictness of religious practices. These findings suggest that religious practice induces particular cognitive-control styles that induce chronic, directional biases in the control of visual attention.....
Posted by Dominick Maino at 5:51 PM No comments:

Epigenetic Transmission of the Impact of Early Stress Across Generations

.... chronic and unpredictable maternal separation induces depressive-like behaviors and alters the behavioral response to aversive environments in the separated animals when adult. Most of the behavioral alterations are further expressed by the offspring of males subjected to maternal separation, despite the fact that these males are reared normally. Chronic and unpredictable maternal separation also alters the profile of DNA methylation .... Comparable changes in DNA methylation are also present in the brain of the offspring and are associated with altered gene expression.....
Posted by Dominick Maino at 5:48 PM No comments:

How does the topic of conversation affect verbal exchange and eye gaze? A comparison between typical development and high-functioning autism

...Conversation is a primary area of difficultly for individuals with high-functioning autism (HFA) although they have unimpaired formal language abilities. .... We examined a new question: how does speaking about a topic of interest affect reciprocity of verbal exchange and eye gaze? .... However, both the HFA and comparison groups looked significantly more to their partner's face during the interest than generic topic. Our interpretation of results across modalities is that circumscribed interests led HFA participants to be less adaptive to their partner verbally, but speaking about a highly practiced topic allowed for increased gaze to the partner. The function of this increased gaze to partner may differ for the HFA and comparison groups.....
Posted by Dominick Maino at 5:35 PM No comments: 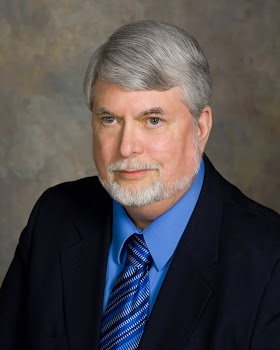